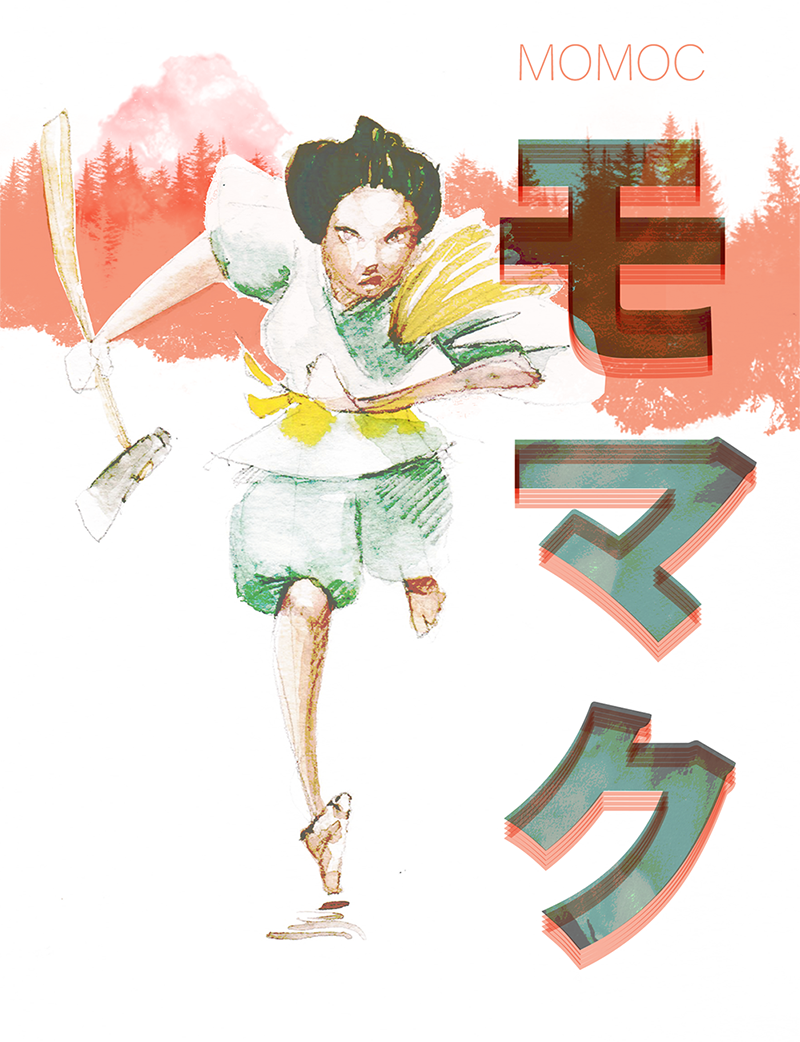 [apologies in advance, I managed to leave my mouse cursor in nearly every gif. Whups. Was in a hurry, unfortunately and didn't notice until after uploading]

Basic building. There are four main types of blocks available to build. I originally had many more, but cutting them down made the gameplay work much better, and focused the level design.

Fuse costs nothing, and is used to connect your flint and steel to powder kegs. Once you get back to your flint/steel, you can light the fuse by hitting downward with your pick!
(note that the slowdown you see was actually my computer, not the game. Fuses can be used on screen with 4 enemies and not usually cause slowdown)

You are going to have to use everything at your disposal to get through all the screens.

There are snipers across many of the battlefields. Their rifles are fast and their aim is true. Be wary.

Showcasing one of the unique enemy types. Cannon shells can destroy blocks, including anything you build!


Built over the past 5 weeks, the game incorporates several elements of gameplay I hadn't yet seen in an NES game, but very much wanted to see. Primary inspiration stems from THD's King Arthur's Gold for the PC, and Argonaut's King Arthur's World for the SNES.

I had to get rid of textbox scripts and a couple of other things to fit all the enemy behaviors / effects along with all the subroutines needed for mining / building etc. I could take out some more engine pieces to fit more, but all of the core gameplay is there.

MUSIC / SFX
There is no music, but there are many sounds, many of which are important for survival, like hearing a gunshot before you see it. Others are more for fun, but I tried to be innovative with them. For instance: your footsteps sound different depending on what sort of material you are walking on.

impressive. VERY impressive.
I'll definitely give this one a go. Totally out of the box mechanics definitely indicate the amount of work put into this.
"what are you up to?" "Oh, not much... just... Parallaxing"
- Raftronaut
Top

As for the uploading problems, verify on your profile if you don't have too much downloadable attachment tied to you. The problem might come from that.
_____
The game I'm currently working on : FIGHT OF THE PHOENIX

One of the 2D graphical artist who worked on MonsterBoy and the Cursed Kingdom.
Top

Wow! It's mind blowing... this screens and the mechanics show you did here a LOT of work! Congrats and thanks for sharing.
Can't wait to play (I bring it up to the top of my playlist... really need to try asap).
-----
Sorry about my poor english
All I need: A Damn Fine Cup of Coffee
My games: PRESS START GAME / UNDERGROUND ADVENTURE / UNDERGROUND ADVENTURE (Arcade version - Byte-Off-2019)
My son's game: KUBO 3
Top

Mugi wrote: ↑
Thu Mar 14, 2019 8:11 pm
impressive. VERY impressive.
I'll definitely give this one a go. Totally out of the box mechanics definitely indicate the amount of work put into this.

Thanks Mugi! Definitely stretched the tool in odd ways. I had to keep a list of all the rules I had to follow to not have it do strange things (for instance, only 1s and even numbered screens work properly in the overworld grid). It is in 4.1.0 at present, and doesn't work right in any of the other versions, interestingly enough, even when built from scratch / imported properly. this has a bit to do with changes they have made to tile macros, among other things.

Lother wrote: ↑
Thu Mar 14, 2019 8:11 pm
Wow. That's original and it looks amazing!
As for the uploading problems, verify on your profile if you don't have too much downloadable attachment tied to you. The problem might come from that.

Thanks Lother! Glad you think so! It means a lot, especially with how little time I had to cobble it together.

I have only uploaded several small images in the past, so it is a mystery to me. I will update if I figure something out.

--UPDATE-- AH. I had a lot of duplicate images in my attachments that were filling things up. Fixed and uploaded to the original post. Thanks for the tip!

Thanks Dale! I will have it up soon. As a side note, your enthusiasm for helping the tool chug along and all the assistance you have given to everyone here is truly wonderful.
STARMUSH (early 90s RTS on otherworldly drugs) / MOMOC (fantasy Meiji-era Japanese combat engineering)
Top

This is absolutely amazing!!!
It's a gameplay mechanic I had been puzzling about, glad to see you pulled it off.
I definitely will play this very very soon, congrats!

My current WIP game: Shadow: An Adventure In Monochrome, you can also find me over at the Community Discord.

I've been having a blast playing this now that i know what the controls are.

this is a seriously creative and fun game.
Top

Do you really have to give up all text to have it though?
Top

Redherring32 wrote: ↑
Fri Mar 15, 2019 4:22 am
This is absolutely amazing!!!
It's a gameplay mechanic I had been puzzling about, glad to see you pulled it off.
I definitely will play this very very soon, congrats!

Thanks Redherring! I knew how to do tile swapping for a while, and even have a couple of gifs up here already demonstrating an entirely tile-based demo (search for the word 'Strategy' in this forum and you will find an old thread in the archive, though bear in mind much of the code there is filled with erroneous things). These sort of mechanics are fairly self explanatory in the macros / scripts available, though it definitely took a lot of code to make it work in a user-friendly manner. In addition to that, the vast majority of my time was spent figuring out the tool's quirks...


functionalform wrote: ↑
Fri Mar 15, 2019 4:43 am
I've been having a blast playing this now that i know what the controls are.
this is a seriously creative and fun game.

Thank you functionalform! It is wonderful to hear! I originally had the controls displayed on the bare-bones title screen, but I took it off because I thought manuals would be available with the game on download, or that they would be bundled for testing somehow. Definitely my bad-- I should've left the controls on the main screen. I tried to design the levels in such a way that you are forced to learn each of the mechanics in turn, if only by trial and error, so hopefully that helps to some degree. This being said, I am pretty worried that the control scheme for the arcade site being the horizontally inverted: arrow keys / ZX / SHIFT instead of the slightly more friendly WASD / KL / G.


Bucket Mouse wrote: ↑
Fri Mar 15, 2019 8:32 am
If this had actually come out back in the day, it would've been a hit. There would've been a Captain N episode based around an inaccurate interpretation of it!
Do you really have to give up all text to have it though?

Hah! Thank you Bucket Mouse! Yea it is interesting to think about these mechanics in another time. Many NES games were capable of having a screen full of destructable tiles (see Zelda 2, Blaster Master, Mario Bros 3, Castlevania 3, Vice Project Doom, etc.), but it seems that mechanics were just never dreamed up to match that sort of level design in a manner that is conducive to making an entire game that is not in the arcade style (see Soloman's Key, very similar mechanic, but different era / philosophy of design). We would have to wait for that magic progression of Dwarf Fortress (2006) / Infiniminer (2009) / King Arthur's Gold (early 2011) / Minecraft (late 2011) before the exploratory sandbox mechanics for such a thing became obvious, I suppose.

In regards to text, I could probably optimize things to fit some of it back in now, but it definitely had to go for the sake of the demo. The main part I took out was the box drawing routine, which is a huge script that I just wasn't using. The original plan was to have a branching path / multiwarp series of maps (Spring path, Summer path, Autumn path, Winter Path, etc.) so you could go on several different adventures, that which I thought (at the time) I needed the text box routines for (see Dale_Coops single screen multiwarp post), but in the time I had, it just wasn't going to happen. The game has a fatal lack of polish and explanation as it was (and still is), so it was cut to speed up last-minute mechanics / behavior development.

The main component that put it over the edge was Assassin behavior, I think. They actively find the player, and have routines to jump over walls and even over some gaps, and the amount of tile checks / logic that had to go into such a thing at the last minute was too much to handle.
Last edited by Goaterby on Wed Mar 27, 2019 5:04 pm, edited 1 time in total.
STARMUSH (early 90s RTS on otherworldly drugs) / MOMOC (fantasy Meiji-era Japanese combat engineering)
Top