[4.1] Prevent a script from being executed when a Screen Flag is set (NESmaker ASM)

[4.1] Prevent a script from being executed when a Screen Flag is set (NESmaker ASM)

A small example of how to prevent a input script from being executed when a Screen Flag is set (for example, when the "Hide Hud" flag... or the custom "Cutscene" flag... is ticked). 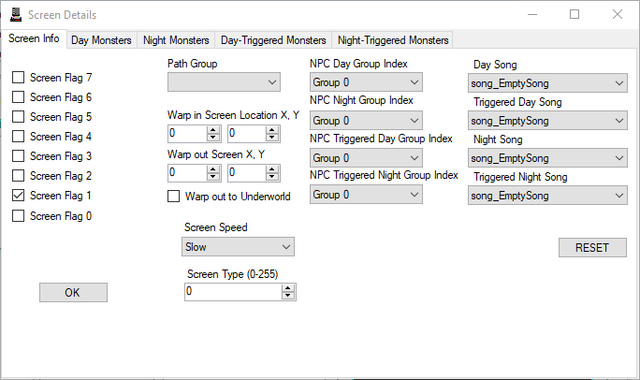 The Screen Flags are indexed from 0 to 7 (from bottom to top)
NESmaker uses a variable named "screenFlags". Each bit of that variable corresponds to a screen flag state... can be "1" (ON) or "0" (OFF):


If you want to check the state of "Screen Flag 0", the code would be something like that:

(we load the variable and isolate the bit we want to check, here the #0 one... then, we will be able to test the result of that operation)

This code can be used to check any screen flag (just move the bit to the one you want to check) and in any/every script you need.
-----
Sorry about my poor english
All I need: A Damn Fine Cup of Coffee
My games: PRESS START GAME / UNDERGROUND ADVENTURE / UNDERGROUND ADVENTURE (Arcade version - Byte-Off-2019)
My son's game: KUBO 3
Top
Post Reply
1 post • Page 1 of 1