Iv hit a small bug with the playing of a sound though. All the button sounds are the same.

iv got from one to 6 for each of these 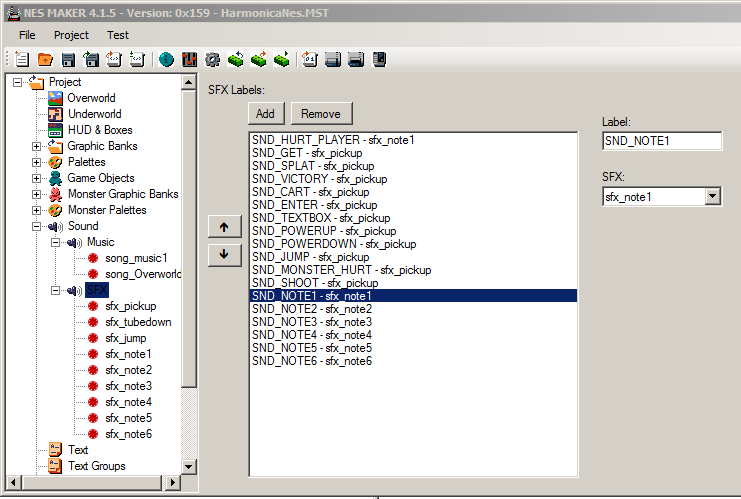 here's the rom so far
http://lowtek.co.uk/flea/harmonicagame.nes

What am i doing wrong here?
Top

yip adding RTS to the end fixed it

heres a gif of it in action. u cant hear the notes but they work